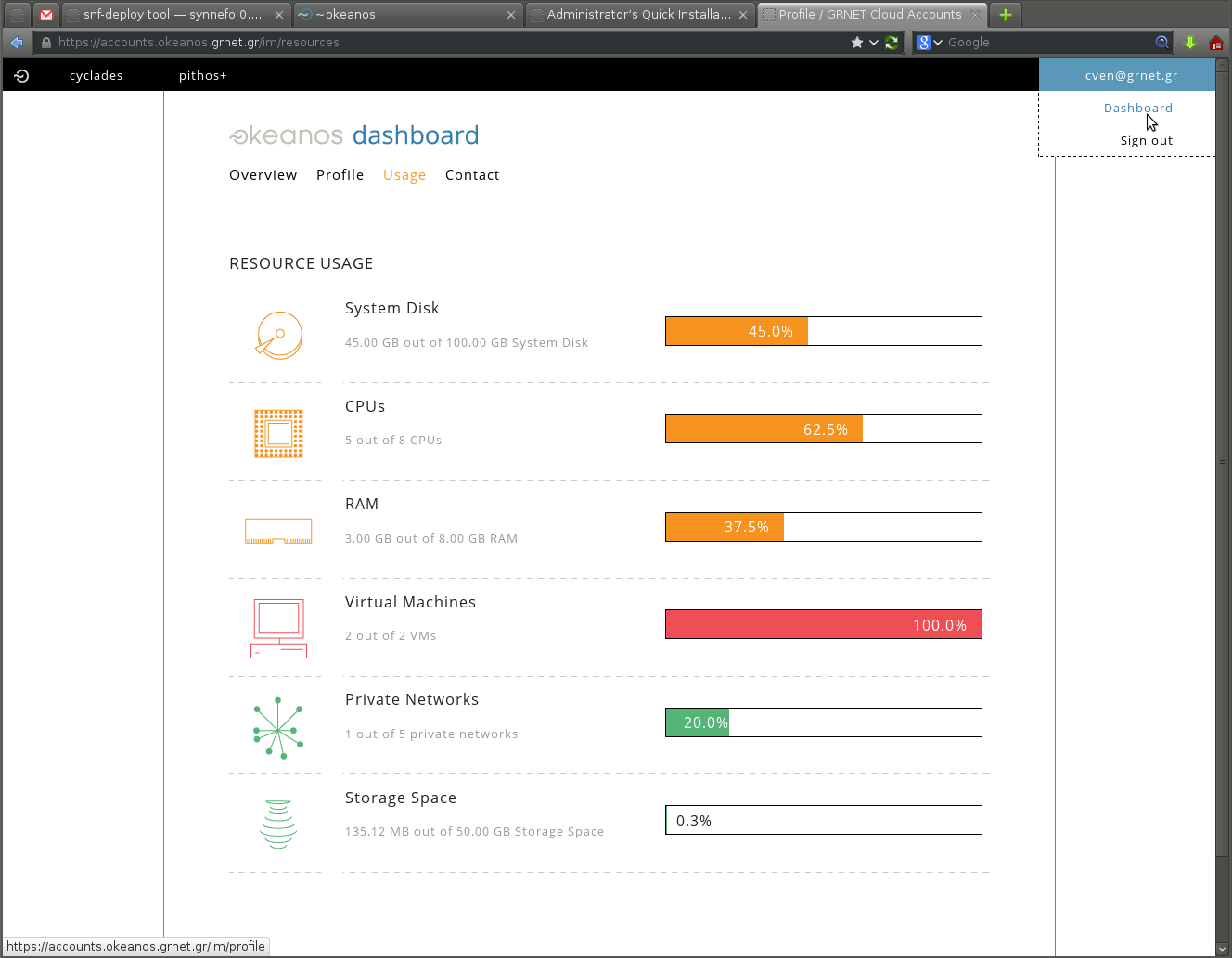 Today we will introduce the new "Usage" feature, that just showed up on ~okeanos.

As you may already have noticed, there have been some changes to your "accounts" page, from where you used to manage your profile, change your password and send us feedback. First of all, we changed its name. From "accounts" it is now called "~okeanos dashboard". That's because, this page will be enhanced with additional features in the future and will not stay limited to managing just your profile information. Eventually, it will be turned into a generic dashboard that will allow you to do much more.

The second and bigger change is that a new tab called "Usage" popped up.

The "Usage" tab allows you to check out the state of all your resources on ~okeanos. It gives a generic view of what you are currently using, plus detailed information about the usage and limits of each of your virtual resources. It is also color coded for quick understanding. Green means good, Red means you are hitting your limits :)

Moreover, at the "Usage" tab you will notice that CPU, RAM and System disk are now showing up as independent resources. And not only that, it seems you have 100GBs of available System disk and 8GBs of RAM, when you can only create 2 VMs with 40GB System disk and 2GB RAM each. Something seems to be wrong with the math right?

So, since there were a lot of people out there asking for this feature and we like to satisfy our users, what we could do? We went ahead and fixed that. We have implemented more fine grained accounting of resources, so that we can measure these things. So this is why, CPUs, RAM, and System disk appear on the "Usage" tab.

But still, why is there a 100GB limit for System Disk, when the maximum System disk flavor at the creation wizard has a 40GB System disk and I can only create 2 of these? And even if it was 80GB and not 100GB, how could I create 1 VM with 80GB System disk?

Well, be a little patient. Not only, have we introduced the feature, we are about to increase your limits for System disk and RAM too!